From Goethe to illusions of swan lake – State Theatres in Hamburg

In monumental historical buildings, in old factories and even on the street – one may find the performing arts everywhere in Hamburg. There are Cabarets and Varietés in „St. Pauli“, the „HafenCity“ or the „Kampnagel“-factory in the less central quarter of „Winterhunde“ and there is even an English Theatre in the „Mundsburg“ district. But the three biggest and most frequented theatres in town are the state theatres: „Deutsches Schauspielhaus“, „Thalia-Theater“ and „Staatsoper“, all of which together consist of two houses with long-standing drama-traditions and the opera house. 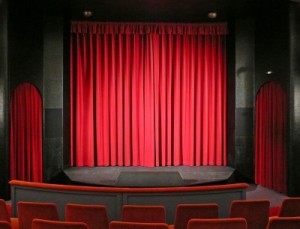 A rich classical architecture, red velveteen chairs and a small theater bookshop are the inviting elements of the „Deutsches Schauspielhaus“ – the biggest of the three State Theaters in Hamburg. Situated directly in front of the Main Station it may be the first sight of the city for many visitors. More than 100 years of theatre tradition rest on its dignified walls. No reason to rest for the performing artists, however. Next to the big stage where old beloved plays such as Goethe’s „Faust“ or Schiller’s „Die Räuber“ are often performed, the much smaller „Malersaal“ gives space to modern and experimental young artists. Next year, the stage will be renovated. Again no reason to rest but to experiment – the „Deutsches Schauspielhaus“ is currently rehearsing 13 new dramas which will not be set on the old stage, but rather on a provisionary one built on top of the 13 first rows.

Not as huge nor as splendid as the „Deutsches Schauspielhaus“ is the „Thalia-Theatre“ which is even a bit more popular to many spectators. The most famous directors have already worked with the exquisite ensemble of actors. Plays may be the same but the way of presentation seldom is. Most recently, Nicolas Stemann caused intensive discussions with his interpretation of „Faust I+II“. In a whole-night-theatre-experience of more than eight hours, he presented his principle of fewer characters and more actors. Faust, Mephisto and Gretchen become three personalities of one single character. For this marathon of modern theatre the catharsis is definitely inclusive.

Funny as it may seem, the youngest and most modern built theatre house of the three state theatres is especially known for the most traditional form of performing art, the classical ballet. The most popular freeman of Hamburg reigns this branch as director and choreographer. Originally from the USA, John Neumeier worked almost 40 years in Hamburg. He fills the cold and undistinguished halls of the 1957 post-war-building with the tender aesthetic atmosphere of ballet. His modernism is not the form of art he chooses but the new interpretation of old stories. Some of his most interesting works of this kind are „illusions of a swan lake“ and more recently „the little mermaid“. But The „Staatsoper“not only consists of ballets. Since 2005 Simone Young is directing the Operas and the Orchestra. If you want to work your way through eight hours of Faust, enjoy a tasteful theatre evening or give yourself to the illusions of opera and ballet, Hamburg is ready to fulfill all of your theatrical wishes.