Home » Hamburg » The Sound of Hamburg

The Sound of Hamburg

Frankfurt has got one, Cologne has got one and, of course, Hamburg has got one too – a school of its own. As for Frankfurt it‘s the socio-philosophic »Frankfurter Schule« around Adorno and Horkheimer. Cologne’s answer has been a literary circle including Rolf Dieter Brinkmann and Dieter Wellershoff in the 1970s. In contrast to these, the artists of the »Hamburger Schule« are still quite alive today. »Blumfeld« (»Flowerfield« in Englisch), »Die Sterne« (»The Stars«) and »Die goldenen Zitronen« (»The Golden Lemons«) are pop bands transporting intellectual discourses into music. 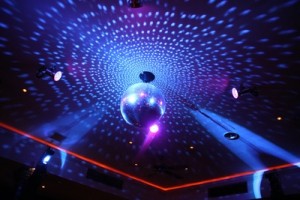 For the first time in the history of German pop music, these bands worked on discursive motives like the relationship of men and machine or criticize current politics. What started in the 1980s exclusively in Hamburg spread out through the whole country. The lyrics were set in German, as the mother tongue gave the musicians the opportunity to express their point of view more precisely – and also permitted the fans to understand every single word. This kind of critical pop music had its climax in the 1990s but one still feels the influence on young (and even younger) German musicians.

Soft, even melancholic melodies paired with hard guitar riffs, a deep, masculine voice and today as ever the mother tongue lyrics – these are the characteristics of the music of the band »Kettcar« which often is spoken of as being second generation »Hamburger Schule«. Describing the city in which they live from the »Landungsbrücken« in the port to the »Elbstrand«, the beach in the middle of the city, the every-day working life and the dreams one hasn‘t yet realised (the sound of “Kettcar”).

Almost half the age of this »young generation Hamburger Schule« three teenagers probably pave the way for the youngest one. »1000 Robota« is their name, »burning Hamburg« or »dream« are some of their songs. Even if their sound is more punk than the one of the former »Hamburger Schule« bands, the lyrics still contain current societal discourses. Although, as one can clearly see, they have much less experience in life than their predecessors (the sound of  “1000 Robota”). From Blumfeld to 1000 Robota the »Hamburger Schule« tradition still grows and develops new styles. In the whole they create the special sound of Hamburg.