The Public Interface of the National Digital Library of Finland

The tools for discovering cultural heritage material are changing. For more than a decade there has been a demand for better services for acquiring and working with the ever increasing amount of digitized collections of archives, libraries, and museums. Almost quarterly we hear about new electronic search and research services, which promise better assistance to academic workers. These tools are brought out by software vendors, academic research and development projects, or publishers. Looking at these news we can estimate that the research infrastructure for scholars in the humanities, currently concentrating on resource databases, will be replaced by integrated, modular services, which utilize the potential of social metadata.

As a response to the increasing demand for novel research infrastructure services, we in Finland have started building our National Digital Library (NDL). The NDL project covers the digitization of Finnish archives, libraries, and museums; the long term preservation system; and a next generation search application called the Public Interface, which harvests the metadata from various data repositories and provides it for the end users. The NDL will also serve as the national aggregator to the European Digital Library, Europeana. The development project is funded by the Finnish Ministry of Education and Culture until 2014, after which there should be permanent funding for maintenance and support. The project started in 2008 and will reach the publication of the first end-user interfaces displaying the first set of material by the end of the year 2012. (Further information:  www.kdk.fi/en/public-interface.)

The Public Interface facilitates access to the diverse digital repositories of Finnish libraries, archives and museums. The users can use it to find physical items, digital objects, and licensed electronic materials. The metadata for these are harvested from the organizations’ back-end systems via an OAI-PMH interface. Access to restricted and licensed materials will be provided by integrating user authentication from the corresponding back-end system.

Within the service there will be one common user interface for all free contents within the system, called the National View. It will serve as the basis for those organizations who will not need specific system integrations and modifications. Organizations who wish to integrate external services, such as an online payment system or an ontology, to the core service can set their own interface instances and thus create so called Local Views to the NDL. All will still have the entire set of data available for their customers, via whichever user interface, if desired.

From the technical point of view, the scope of the project is very ambitious. So far there has been a lot of hard work choosing and testing the satisfactory software for the Public Interface and defining various system interfaces. Potentially all Finnish archives, libraries, and museums are entitled to join the project and get their services within the NDL. While some of them will follow given standards and some have similar back-end systems, there will be those who will require completely individual solutions for systems’ integration.

Scalability and additional service integrations also require thorough planning and good management. The amount of material in a country like Finland is not enormous and the number of possible service integrations can be controlled.  However, the number of organizations and user interfaces is easily in the hundreds. If not compensated, these can have some effect on server loads and delays, which in turn will have impact on the end-user experience.

The greatest technical challenge so far has been the choice of the core software for constructing the Public Interface. When the available software solutions were initially compared, the information discovery and delivery system Primo by the Ex Libris Group was considered as the most suitable for the needs of the NDL. During the pilot testing, which took almost sixteen months, it became apparent that the customizations needed in Primo would require much more time and resources than was reserved for the project. Although the software procurement contract between the National Library of Finland and Ex Libris was cancelled in January 2012, the partnership between these organizations continues. The National Library still examines possibilities to provide access from the NDL Public Interface to the Primo Central Index.

In order to stay in the schedule of the project, a new solution was needed quickly. After a speedy market analysis, the National Library decided to turn to use an open source software solution. Having some experience of open source development, and avoiding a tedious start from the scratch, the National Library studied some alternatives to be used as the basis for the software development. The library resource portal VuFind was selected to serve as the starting point.

From the very beginning of the NDL project the importance of end-users and their expectations has been seriously regarded. As a means to realize the aim of good usability, a Usability Working Group and a reasonable budget has been assigned to meeting the goals and coordinating the needed tasks. The group has established the usability requirements and defined target users for the Public Interface service, and gradually completed a Usability Plan for the project and its outcome. Applicable design approaches (e.g. Meroni & Sangiori 2011) and best practices (e.g. Clark et al. 2010) have been consulted all along the process. The plan covers all project phases from planning to maintenance, but is still flexible enough to adjust to changes in technical solutions  or the scope of the project.

Years 2010 and 2011 were mostly spent on testing the Primo software, but also on testing the service concept among prospect users. Eight organizations among Finnish archives, libraries, and museums volunteered, and started integrating their back-end systems to Primo. The concept testing was conducted by the University of Tampere in summer 2010 (Lavikainen 2010). Some months later a user study was conducted by an usability consultant company Adage on the first end-user interface layouts of the National View (Hirvonen 2011). The results of both studies indicated that some features of the future service might be difficult for end-users to comprehend, and therefore the final design of the end-user interfaces will be crucially important. However, the results gave no reason to change the scope of the service or the system requirements. These studies, on their part, supported the demand to chance the software solution.

Although the core software had to be changed after a reasonably long period of work, the efforts put on testing one solution could be immediately utilized with the other option. Especially the concept of different views was considered applicable on VuFind, too.

During the year 2011 some Local Views were implemented with Primo and exposed to technical and functional tests. The first in line was the Turku City Library, which integrated Primo to their web content management and publication system. In their solution the main objective was to merge the  Digital Library into a dynamic and locally oriented customer service. On the second track there was the National Board of Antiquities of Finland, which has invested considerable resources on establishing common technological solutions for Finnish museums. They implemented some varying user interface instances that displayed the museum repositories and utilized the features offered by Primo. Their focus was on experimentation of data visualization and service integration, since they intend to offer one Local View for all museums. The third track of the Local View testing concentrated on a portal-like application that leaves the external services to be run on the back-end system. The National Archives of Finland worked on mapping and normalizing aggregation levels of archival data. They also aim at producing solutions and standards for all archives in Finland. Such applications of Local Views will later provide excellent field for usage studies, since they reveal three entirely different viewpoints to the same service.

The National View, which will serve as the user interface for compiling all free material within the NDL, could not be thoroughly implemented and tested with Primo. Therefore there are now great expectations to the implementation of those features that support effective discovery and display of different types of content, i.e. content from archives, libraries, and museums at the same time. (See Fig. 1.) According to the recently updated Usability Plan the National View will be exposed to several usage tests. Before the summer 2013 there will be a comprehensive log analysis, some customer surveys, and other usability studies, which aim at further analyzing the service concept and giving input to the user interface design.

Along with the new software solution, the software development methods, the collaboration practices, and the user testing processes have been renewed. The usability tests planned for the implementation and production phases will still be valid and executed in time. In addition, a constant row of end-users will be involved in the agile development process to test freshly developed features immediately after they have been published. 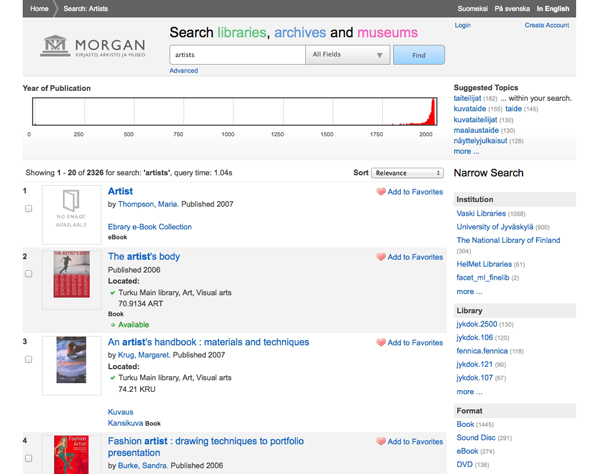 Figure 1: The layout of the National View exposed to end-user tests in March 2012

With the exception of certain back-end a pplication programming interfaces (APIs), the NDL Public Interface service will be mainly developed by the staff of the National Library. It will be crucially important to share knowledge and results with the open source community involved in VuFind. The national open source development community will also be communicated with. This sets extra demands on project management and collaboration management.

In future years the Public Interface of the NDL will replace several research services currently used by humanities’ scholars. Within the National Library of Finland alone the user interface of the national bibliographic database, the portal of electronic publications in Finnish libraries, and the interface of digital material repository will be ‘powered by’ the Public Interface of NDL. It is difficult yet to foresee how the actual research activities will change due to the new tools. At least  scholars themselves should be more involved in systems’ and services’ development than today (see e.g. Jeffreys 2010).  Nevertheless, the Usability Working Group has already made preliminary plans for examining the scholarly use of the NDL service.

As soon as a sufficient number of organizations have gone live, and there is a critical mass of coherent data within the service, we can start proper tracking and evaluation of the system as a research infrastructure. It is to be noticed, that the service is not just a library in a digital environment, since it can offer and recommend content from archives and museums on single search request.  It will be particularly interesting to study how students and scholars will be able to utilize such diverse and multifaceted information, and how that information can best be represented and laid out to the user. Therefore, it is yet to be seen, how well the National Digital Library of Finland will meet the great expectations.